The death penalty versus Life without Parole.

Capital punishment or death sentence developed in United States “as society searched for more humane ways for killing its condemned” & as a substitute of the brutal ways that the society used throughout history to punish the offenders of society (Hess and Orthman 534). It evolved gradually with the “first electrocution in 1890, the invention of the gas chamber in 1923, the use of a firing squad and the adoption of lethal injections in 1977” (Hess and Orthman 534). Till 2005 “38 states and the federal government had laws authorizing capital punishment” whereas the minimum age for capital punishment set by 18 states & the federal government following the court’s ruling in Ropper v. Simmons(2005) was 18 (Hess and Orthman 534). Life imprisonment without parole developed in U.S. as a means to portray that the punitive statutory law was strict. As of 1996, 12 states with capital punishment had no life without Parole option, 20 six states of U.S. had life without parole and death sentence, and eight states with life without parole sentences did not have any death sentence (Harries and Cheatwood 109).

2. Historical account of the Implementation of LWP & CP in the different states of America

The following table will give us a concise history of the implementation of the two forms of punishment till 1996 in U.S.

Source: Keith D. Harries, and Deral Cheatwood, The geography of execution: the capital

3. Differentiation between capital punishment & life imprisonment without parole, as a means of punishment

In case of capital punishment the prisoner is permanently incapacitated from doing any harm to the society, whereas life imprisonment without Parole does not prevent the offenders from harming the inmates of the prison & its staffs. If a prisoner is alive, he has the alternative for future exoneration & rehabilitation. He can think that he may have an opportunity for release or grant of pardon by legislation of some new laws. Death penalty does not give the opportunity to the prisoner for future exoneration & future rehabilitation. If an innocent person is punished & imprisoned for life without parole, he may have the opportunity of compensation whereas death totally takes away such possibilities from the person. If the financial aspect in both cases are studied from the perspective of the public expenditure it will be seen that the expenditure is far more greater for funding death penalty suits rather than LWP, due to numerous appeals, legal procedure etc. The time which is spent in average by an inmate in the death row is eleven years. On the contrary, if the amounts spend behind an inmate, imprisoned for life would be studied; it will be comparatively less (“Death penalty vs. life”).

The death penalty has some arguments in support of itself. Firstly, the most obvious argument in support of death penalty is that it acts like a deterrent for further crime in the society. The fear of death in the hearts of the people is awe-inspiring & legislators of different countries have adopted it into their system as a means of deterrence. In a research, through adoption of a new kind of analysis technique, Issac Ehrlich found out that seven lives were spared for every inmate who was executed due to the fact that others were deterred from committing murder and his disciples also found out the same results when they followed studies (“Arguments for & against” 1). Furthermore, as stated in the “The ultimate Punishment: A defense”, the penalty can be inappropriate, unwise, & those punished can be pitiable yet in a sense, the infliction of legal punishment on a guilty person cannot be unjust (qtd. in “Arguments for & against” 2).

Secondly, death penalty is a crime against the society & the equilibrium of justice is disturbed as soon as a person is murdered. Hence, for stabilizing or bringing the disequilibrium into balance, justice demands death of the person who is guilty of murder. Though the status of the victim & his family, which they had before the murder, cannot be restored, yet the punishment of the offender gives justice to the family & brings an end to the problems of the victims family, ensuring that the offender does commit such heinous actions again (“Arguments for & against” 5) .

Thirdly, the thought that death sentence can cause the execution of innocent people is incorrect as there is no proof in this regard that an innocent offender was punished with death.

If such executions have occurred they are very rare & just because “someone’s conviction is overturned years later” & the prosecutor not trying him again, “does not mean

Lastly, the death penalty is non-arbitrary and as such should be used. It does not single out a particular group such as the blacks in America & punish them. “In fact more white people are executed” in America even though “blacks being improperly represented on death row” (“Arguments for & against” 12).

It is a fact that there are some arguments in support of death penalty, yet the arguments against death penalty are no less convincing either. Professor Hugo states that despite the Supreme Court’s verdict in Gregg v. Georgia, supporting death penalty, the American Civil Liberties Union (ACLU) still opposes the capital punishment “on moral & practical as well as on constitutional, grounds” (Bedau n.pag.). Many contentions can be found on the aforesaid issue but some of the most important are as follows:
1. Capital punishment is a cruel form of punishment & it has been termed as barbaric in the civilized society by many esteemed people.
2. Executions do not give the respect which a human being deserves & it makes homicide legitimate “by Pragmatic concerns” ( Bedau n.pag.).
3. Death penalty causes lot of expenditure of public money. Huge amount of money is spend on trials & legal procedure. “Capital punishment wastes resources” & results in “loss of time andenergy of courts, prosecuting attorneys, defense counsel, juries …” (Bedau n.pag.).
4. The death penalty violates “the constitutional guarantee of equal protection of the laws” & “imposed disproportionately” on the section of society which is “poor and uneducated” (Bedau n.pag.)
5. Death penalty actually obscures the true causes of crime. It is a means by which politicians “deceive the public” & “mask their own failure to support anti-crime measures that is going to really work.” (Bedau n.pag.).

6. Arguments in support of LWOP as a means of punishment (Pros)

Life imprisonment without parole is considered as a substitute for the death penalty and the main reason for it are firstly, public security and protection, in the sense that LWOP incapacitates the offenders from committing any further crime, debars wrongful executions & saves the law enforcement agencies from depending on the parole systems which are always unpredictable. Lane states that “Empirical evidence from the united states” shows that in capital cases “possibility of parole” has operated as a “silent aggravating circumstance” (Appleton and Grøver 604).

Secondly, LWOP has retributive power which in other words refers to the power of punishing those who deserve it. Appleton and Grøver states that murderers are to be punished for their “heinous nature” (605). Haines states that some abolitionists think that LWOP is a harsh type of alternative for death sentence though it neutralizes claims that abolitionists are “soft on crime” (qtd. in Appleton and GrØver 605).

Lastly, LWOP is preferable due to its deterring capability. It can really deter the offenders from committing further crime as there is the absence of the possibility of release from the prison walls. Appleton and Grøver states that “LWOP is undeniably harsh and its deterrent effect should not be underestimated” (607).

7. Arguments against LWOP as a means of punishment (Cons)

LWOP has several negative aspects which can be described as follows:

1. Like all forms of imprisonment LWOP also has the pains of imprisonment, though it is beyond the understanding of the outsiders & as stated by Johnson & touch, that a life imprisoned observed that prison is similar to a “microwave oven in …kitchen” and “it destroys you on the inside long before its effects are evident on outside” (qtd. in Johnson & Smith 337).

2. Adjustment with the prison life is very hard for prisoners as prison life does not have any hope or future. Johnson & Smith states in their journal article that by nature, prison “isolates the offender” and “holds hope hostage” till release (339).

3. Prisons are responsible for ruining the lives of those who go into it. Johnson & Smith states that a prisoner stated that when one learns that his family is in some sort of problem and he is in prison, then he understands “the meaning of being helpless”. The problem would be very simple if the person was not in prison, “now it seems enormous as you can’t deal with it.”(qtd. In Johnson & Smith 142). 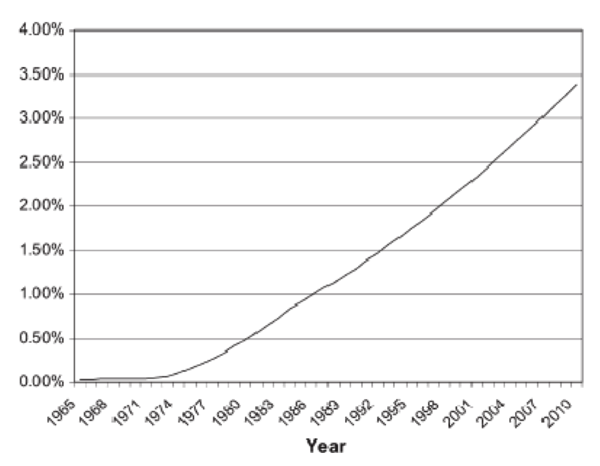 9. Scenario of Capital punishment at present

Table 2 The number of death sentencing has dropped per year.

If history is observed, it will be seen that death penalty as well as life without parole had its own reasons to come into being. The historical account of the implementation of CP & LWOP shows us that CP was more accepted in the past, at least till 1996 in the U.S. & only 67 % of the states in table 1 accepted LWOP as a means of punishment. The differentiation of these two forms of punishment shows us that both are different from each other in terms of its consequences of implementation on the offenders, its impact on the community as a whole & the government. On a careful perusal of the Pros & cons of death penalty, we can arrive at the conclusion that convincing arguments exist in support of pros & cons of capital punishment. If we peruse the arguments in favor of and against LWOP, we can conclude that LWOP does well to the community but it has hard consequences on the prisoners. However, both the pros & cons possess power to make a standing argument in favor of them. Lastly, if we look at the present condition of the LWOP in fig. 1 above, it will be seen that LWOP is being accepted widely as a means of punishment, as the inmates of the prison under LWOP increases through the years. However, if the no of death sentences is observed in table 2 above, it will be seen that the death sentences in U.S. are gradually dropping per year.

In spite of the fact that LWOP is gaining greater popularity as well as acceptance in the recent years and death penalty appears to be decreasing, the support for death penalty is no less. For instance, a poll in the recent year showed that “70 percent” of the “Registered voters” of California are “backing for capital punishment” (Egelko n.pag.). Now, if the question comes: can life without Parole replace death penalty Or can life without parole be considered a better alternative to death penalty or vice versa? We can say that it is still open to debate and to be answered in future due to the fact that support for both this forms of punishment theoretically & practically isn’t less.